Of course, not all Germans agreed with Adolf Hitler’s Nazi ideology in Germany. There was a small portion of the population who opposed the dictator’s ideas. Although not very knowledgeable about their achievements, a group of Germans called the Edelweiss Pirates played a very important role in resisting Hitler’s Nazi Germany .

Like the edelweiss flowers clinging to the cliffs of the Austrian Alps, which the group was baptized, these young Germans resisted Nazi indoctrination like no other group did. They established themselves as the opposite of the infamous Hitler Youth. They rejected its paramilitary structure, ideology of superiority and gender segregation.

Most of them came from the working class. And while they could, the Edelweiss Pirates strongly resisted Nazism until they were 18 years old. Learn a little about what was and what this resistance group represented in Germany.

According to Sally Rogow of the Vancouver Holocaust Education Center, the Edelweiss Pirates was “one of the largest youth groups who refused to participate in Nazi youth activities.”

But to understand what this resistance group was, you need to know what they were up against. Created in 1922, the Nazi Party Youth League was renamed in 1926, now Hitler Youth. The league consisted only of German boys aged 14-18. In 1930, the government formed an equivalent girls’ organization, which became known as the German Girls League.

At its height, the Hitler Youth had about 8 million members. That was enough to make her the largest youth organization in the world. In the beginning, members of the organization focused only on standardized activities such as camping, sports, and games. But it was a matter of time before all this became military training. That which prepared these young men for armed combat.

There is no doubt that the purpose of the organization was to indoctrinate young people with Hitler’s aggressive ideology . As he himself said in 1938:

“These boys and girls come into our organizations at the age of 10 and often, for the first time, get some fresh air. After four years of the Young People they go to Hitler Youth, where we have them for four more. And even if they are not yet complete National Socialists, they go to the Labor Service and are trained there for another six, seven months, and any class consciousness or social status can still be left. Armed Forces) will take care of that. ”

Coming against the Hitler Youth, the Edelweiss Pirates formed a group of young people who disagreed with everything that involved Nazi ideology. They became one of Germany’s largest anti-Nazi resistance groups. Young people ages 14-17 rejected the dark aspects of Hitler Youth and the German Girls’ League. They did not agree with the restrictions on teenagers’ free thinking. Much less with training young people for military service.

However, the Edelweiss Pirates had only a few years of freedom and struggle against Nazism . That’s because when they were 18 years old, they were forced to join the army.

All that the young Nazis represented was all that the Edelweiss Pirates fought against. While the young Nazis wore trimmed, well-trimmed hair, the pirates wore long, loose hair. Hitler Youth was separated by gender, while the pirates formed a coed (educational model that includes both genders). Over time, the differences extended even further.

But more than a hippie costume, the group of antifascists were real teenagers who fought as best they could for what they believed. Many of their achievements have been kept secret, and there is not much information about what they actually did.

What is known is that most of the time of the Edelweiss Pirates was spent in rebellions below Nazism. They destroyed Nazi officers’ cars, threw bricks at the munitions factories, and left various messages such as “Down Hitler” and “Down Nazi Brutality.”

And you, had heard about this group? Tell us in the comments and share it with your friends.

35+ Creative DIY Wall Art Ideas to Spice up your Home 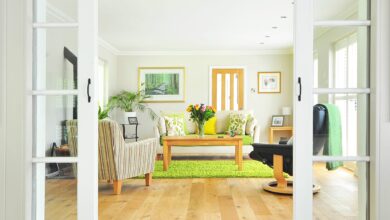 The home improvements that will bag you the biggest profits